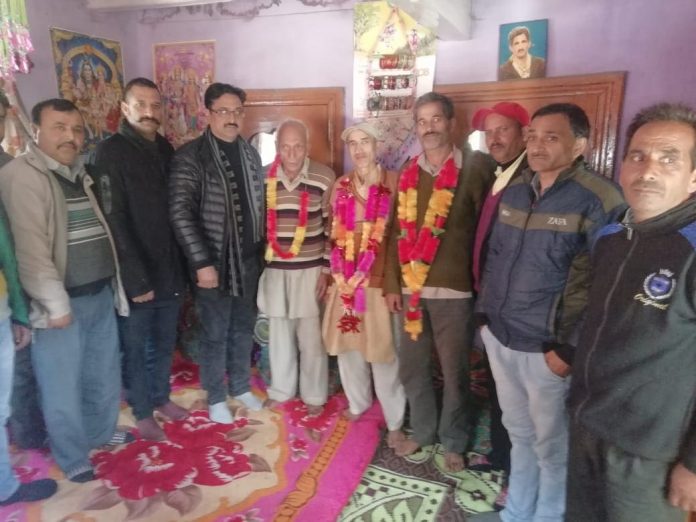 Panchayati Raj, as we all know, generally refers to the local self-government in India. In our country Panchayati Raj functions as a system of governance in which Gram Panchayats are the basic units of the local administration. This system of governance is making a huge impact in transforming the country from grass root levels. Basically, this system is a three tier structure:

This system is functional in all the states and UT’s except some North Eastern States like Nagaland, Meghalaya, Mizoram and UT Delhi. Partially though, but yes our state J & K has also adopted it. There is still no concrete implementation of Panchayati Raj act in the state. Out of these three basic pillars on which this system stands, two are still under construction in J & K. Elections of Chairman at Block Level for Zila Parishad have not been conducted so far in the state. Though news is circulating in the media that elections for the post of Chairman will kick start after 2018 polls but no one can guarantee that. Panchayati elections are being conducted here since its very inception but not on regular basis as defined in the constitution because of many factors like terrorism etc. Our state witnessed first Panchayati elections in 1974, then in 2000. Last time it was held in 2011 when there was NC-Congress alliance ruling in the state. Term of those Panchayats ended in 2016. Now after two long years since the completion of the term of last Panchayats we go through polls in our state due to the great efforts put in by the former Governor of the state Sh.N.N.Vohra. Two major parties PDP and NC boycotted the elections this time. Rest played their part well when it was least expected of them in these Panchayati elections. Now the results are in public domain. Here is a list of newly elected Sarpanches:

You might get bored after reading all this internet stuff above but let me tell you how this piece of information opened up a new chapter in the politics of Paddar. If you are a politically hooked guy then I am cock sure that you would have observed mass level participation of people for the post of Sarpanches  and panches this time. But do you really know why? You might object this question and hence call it childish as everyone has the right to contest elections in this democratic country. Sorry to disappoint you, but this is not a story here. People participated in large numbers this time only and only because of the frustration caused by the two recent developments in the area. Here are these:

We shall discuss these one by one. First, when this rumor that the elections for the post of Chairman would be held this time reached the naïve ears of our novice leaders they started hitting the nail on the head by dropping themselves in the political battlefield. There are 13 Panchayats in our block out of which 5 are reserved for women and you will notice that this time there were more than 3 or 4 contenders in every Panchayat irrespective of gender and caste. Those who claimed themselves to be the tall leaders of Paddar also pulled their socks up for it. Before I come to the second reason let me share one story with you to simplify the tricky political equations before you. It has been said that when Balrama was on his way to find a suitable place for him in Paddar he sent one of his aides namely Shwana to a place in Sohal Paddar, so that he could stay there. But when Shwana went there he loved that place very much and took it for himself thereby cheating Balrama. That place is now called as Shwana Bani. Same is the story of BJP committee in Paddar which was actually constituted to conduct a survey of party inclined candidates who had substantial expected support in the respective Panchayats.  But, inspite of doing that, committee members of Paddar adopted another policy of pick and choose and projected their own favorite candidates all over the Paddar to take benefit of the party backing thereby denting the upright image of Party in Paddar. How can a place of above 90% BJP supporters call this a good decision? How can they fight against the candidates backed by the BJP when they were themselves inclined to the same party? Don’t you think that they would feel cheated after listening this? They did and that is the reason why there is so much resentment among the locals regarding this. Some are leaving the party just after the elections. Here is a list of some who had worked for the party for the last 20 years and left:

High command, BJP, though denies party participation in these elections. But one cannot ignore the fact that their local extensions at the ground level did not play their part well to manipulate the elections using party name. It is obvious and people of Paddar know it very well. Silence of the former Cabinet Minister and MLA of the Constituency Sh. Sunil Sharma on the issue will surely lead him to face the music in Paddar in the upcoming assembly elections. Now, if he has to prevent the party from the prospected loss he must come up with solutions to soothe the wounds of those candidates who licked the dust during these elections due to the foul play of their local selfish party leaders in Paddar. Locals, whom our Former Minister considers as their core grass root leaders are the ones who are denting the party image ever and anon. I have seen locals making a comment “Paddar BJP ka garh hai” party wale kehte hain, agar aisa hai to fir apne aapko kyu mehroom karna chahte hai garh se, is garh ke aapsi maslon me interfere karke? “Paddar is their solid votebank” party members often say, if it is so then why do they want to lose it by meddling into its personal affairs?

There is quote of former President of USA, Franklin D Roosevelt who once said that “ In Politics nothing happens by accident. If it happens, you can bet it was planned that way.” This fits well here. There is no end to the grudges of people but does that all matter? Absolutely No! People who played well are ready to handle the affairs and that is quite enough for those who tried to give a tough fight this time to their contenders on moral grounds. When there was fight going on in Paddar I liked one shayar from Sh Arpan Singh Rana ji ( Newly elected Sarpanch of Atholi Panchayat) very much. This always remained on his lips whenever I talked to him and that I think has provided enormous strength to his zeal during these elections and yes it is also a magic pill for all those aspiring leaders who are busy making excuses. Here it is:

Anyway, newly elected Sarpanches and Panches are ready to extend their hands in the development of their Panchayats. It is strongly anticipated from them therefore that they would play their part well by keeping their self-interest aside. Development was not the issue, prestige was the issue at the time of campaigning, but I hope this line of thinking shall change and idea of development will cross their minds for the betterment of Panchayats.

Please share it as much as you can and yes don’t forget to drop valuable suggestions in the comment box :