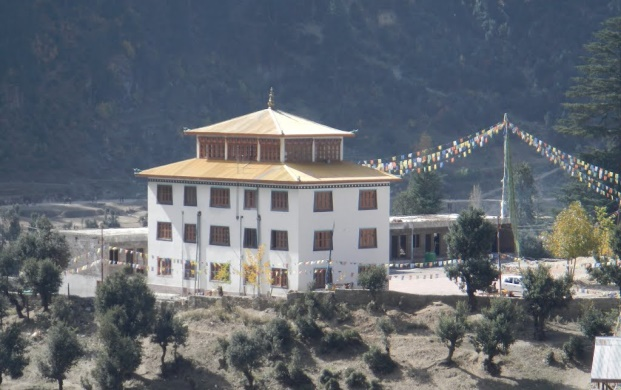 Since time immemorial, various religious gurus eminent personalities have been visiting the valley of Sapphire (Paddar) but least concrete information about their visits is available.

But when we approached senior persons of Paddar valley, we came to know that since 1987, when the foundation of Himalayan Buddhist Cultural Society was laid down, various religious gurus have visited Paddar valley and we have tried to put them in chronological order as under:

The Tibetan Buddhist spiritual leader arrived here at Gulabgarh Paddar on his 2 day visit to the Sapphire Valley on mountainous Kishtwar District amid tight security arrangements and was received by the Chief Minister Omar Abdullah along with his 3 cabinet colleagues G.M Saroori ( R&B Minister),

Nawang Rigzin Jora ( Tourism & Culture Minister), Qamar Ali Akhoon ( Minister CAPB), Chaudhry Lal Singh( M.P) & Sajjad Ahmed Kichloo. This was the first visit of the H.H the 14th Dalai Lama to the Jammu region of the state. Media persons from different parts of the country reached Paddar valley to cover the moment of the religious congregation organized by Himalayan Buddhist Cultural Society, Paddar under the leadership of Jigmet Norbu.

For the past 15 years , the Buddhist community of Paddar in general & HBCS in in particular was consistently approaching H.H the Dalai Lama to visit Paddar to address the congregation of Buddhist population and now the dreams of the people of the valley is fulfilled.

H.H the 14th Dalai Lama addressed a gathering of about 10000 people from different parts of the country in the Chattergarh Stadium Gulabgarh.  Prior to the visit of H.H to Paddar, the people were expecting few political announcements, but when H.H delivered his speech, it was purely nonpolitical. However he said, “I believe myself to be India’s messenger to the world, the listeners got attentive, there was a pin drop silence in the open ground. His another statement ‘India & Tibet have always had a “Guru Shishya relationship”. I am thus a chela of India.

In fact, H.H all the statements were all about peace and brotherhood. While addressing the public gathering, H.H appealed the world leaders to come forward and make the 21st century, violence free. Admiring the social fabric in India where people following different faiths live together peacefully. H.H said that peace is one of the highest virtues and this should lead to the unity of hearts among people of all faiths. H.H appealed the people to continue with their rich multicultural heritage and maintain religious harmony and tranquility at all costs. H.H also said that he was fortunate to have friendship with three generations of Abdullah Family.

Before leaving H.H advised the gathering in the ground of the main temple to follow Buddhism practically for humanity and non-violence. H.H also advised to preserve the rare holy Buddhist texts Kengur & Tengur and maintain peace and harmony with other religious faiths of the valley. He also donated Tengur for the monastery and & provided financial assistance for the smooth functioning of the Himalayan Cultural School and Hostel.

On the first day of teaching i.e on 18th of October, 2013 thousands of people from all over the Paddar valley gathered in the main temple of Gulabgarh to receive the Initiation Kawang of “rta-chag-kyung-sum” & teaching of basic principle of Buddhism from H.E Skyabje Choegon Rinpoche. In the teaching H.E stressed the Buddhist community to stop the sacrifices of animals in the name of God or religion. H.E also advised to follow the principle of non-violence as taught by Lord Buddha. H.E also advised to avoid alcohol and intoxicants which create violence in the family and society.

It was the first time in the history of Paddar that four prominent gurus visited Paddar. The four Gurus are

They visited Paddar on 19th of July and stayed there for a week. They blessed the land of Paddar with positive vibration.

(Author is a teacher in education department, J&K)