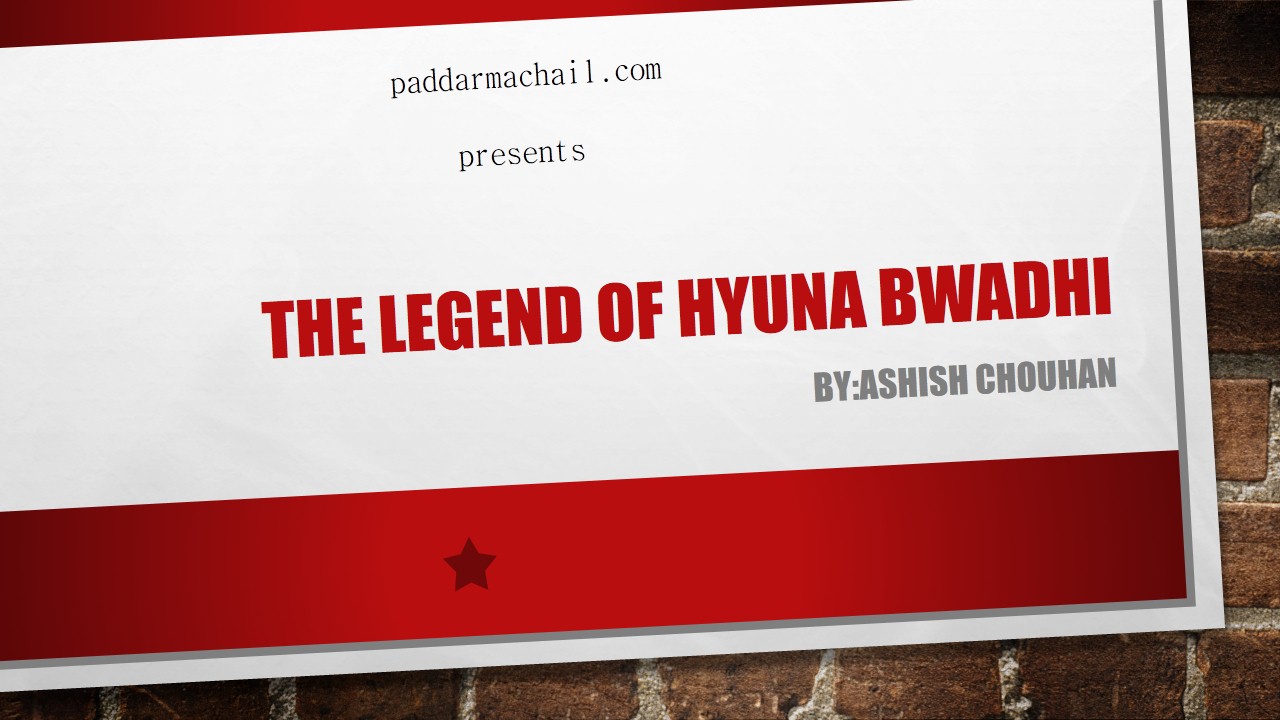 Myths and stories have shaped the lives of human beings profoundly and have given edge over other creatures to explore the planet. Our ancestors also had given birth to many such legends and myths that have glued us for so long to our society and identity. Here is one such which will force you to think more about the ancient cultural history of Paddar.

It is held that in the mid of March, an old woman of snow called (Hyuna bwadhi) in Paddri, takes bath at the bank of a river after living underwater for certain days. Thereafter she starts her journey upwards along the mountain she came from. Some men are also believed to be with her who help her carry in a palanquin.

In her upward journey she halts at 2 or 3 caves where she and her aides sit together for dinner. They spend a whole night there and feast on animals like goats and lambs etc. She has been considered a powerful woman with some mystical powers who could do many wonders with magic.

Many consider her a lady who brings misfortune to the people of Paddar and therefore they throw some items they frequently use before her ascension like shoes (poole) lice, flour and ashes etc. from a particular place in fear so that they could keep her happy with that.

They also recite some lines after throwing these items which go like this:

Lag-chag, ghare apan bag ( Take to your fields, all the Rituals and traditions)

On reaching back to home they knock the main door of the kothi( room), but people inside the kothi don’t open the door and this poetic conversation between them goes on:

Kyun aaya, kahan se aaya? (Why and from where have you come?)

Ghar Lanka se aaya ( I have come from place Lanka )

Kya kya laaya?( What have you come with?)

Ye sab laaya. (All this)

(Then the door opens and they go inside….)

After her ascension to the mountain top she dissolves herself in the colossal Himalayan glaciers and stays there for the rest of summers.

With the end of summer she restarts her downward journey along with her aides again in the month of January and February. This cycle of her repeats every year and people react to that accordingly. Some don’t come out of their houses and some stop going into the jungles for wood or other doings. Her upward and downward journey brings heart of many villagers in their mouth.

Lessons from the legend:

Basically, this legend signifies the off and on of winters. Here the old woman stands for snow ( Hyun is a Paddri word for snow and bwadhi,  an old woman ) and her aides for other climatic factors which help her go up and down.

As Paddar is about 6360 feet above sea level and lies in the valley of Pir Panjal Range so the fall of snow almost begins here in the month of November and December and continues till March.

By the end of March it begins to retreat, so does the old woman of the legend. Thus the old woman is nothing but a symbol of snow which with the dawn of winter season starts coming down along the mountains, slowly, which then reaches the river bed in the form of avalanches through steep brooks under the force of gravity.

Thereafter snow cover starts retreating to the upper reaches of the mountains and by mid-summer it looks only on the mountains tops in the form of glaciers and then the cycle repeats all over again. Now many of you might ask about the secret of her magical powers and depiction of the woman as an old lady in the legend.

The answer is simple that the mountains of Paddar are always covered with snow, even during the summer season. Villagers are able to see it all the time but it’s been observed that with the flow of time the size of glaciers has reduced as compared to the past, it is shrinking therefore year after year, like an old woman whose face starts developing wrinkles when she becomes old and is near about kicking the bucket and this is the reason she is depicted “old” and not young in the legend. That is a bad message though but we never gave a second thought to it.

Water is life, we all know that, and in many cultures it is also revered as a goddess, so is in ours and as snow is just another state of water therefore it has also been given a feminine gender in the legend.

Many animals also die due to the cold chilling wind and snow of the winters as we know that and I hope that many of you are aware of the fact that water is also called a live mini-computer because of its mood swinging molecule and that no two fallen snowflakes are similar in design.

It also acts as an excellent insulator which rejuvenates the land from the deep and therefore it helps in increasing the fertility of soil in some way. These are the magical powers of snow.

Now moving on to the influence that it has had on the lives of the people of Paddar:

As we know that it becomes difficult to take bath in winters when the entire land around is covered under the blanket of snow. It becomes uneasy for the people to leave the warmth of house (kothi) and go for other outside chores, which in the legend has been associated to give rise to birth of lice and other insects because of the absence of cleanliness.

Shoes made of dry grass (poole) begin to rot down because of their disuse and therefore these are the things in the tradition that people throw every year at the time of sankranti (beginning of a new phase) in the month of March in order to keep their houses neat and clean.

The couplet written above also says that people become sick of winters and they don’t want it to stay there any longer as it paralyzes the entire working system of the valley. So they beg its departure by singing this song.

This describes our culture during winters. This shows that our ancient Paddar used to struggle hard in order to cope-up with the winters. Storage of enough wood and other eatable items were essential for them to spend the time of three long months.

They used to knit their shoes by themselves with the help of dry string like grass and most importantly they were aware of all the dangers that winters brought along with it. This legend also worked as a calendar in the past for the people.

From calling the woman old to her possession of mystical powers, our ancestors are signaling something to the posterity to think upon. But we pay less heed to it. How unfortunate it is! Isn’t it?

Hope you liked the ideas. Please share and comment and let us know more about what you think of the legend and the lessons I have fut forth you…Thank You