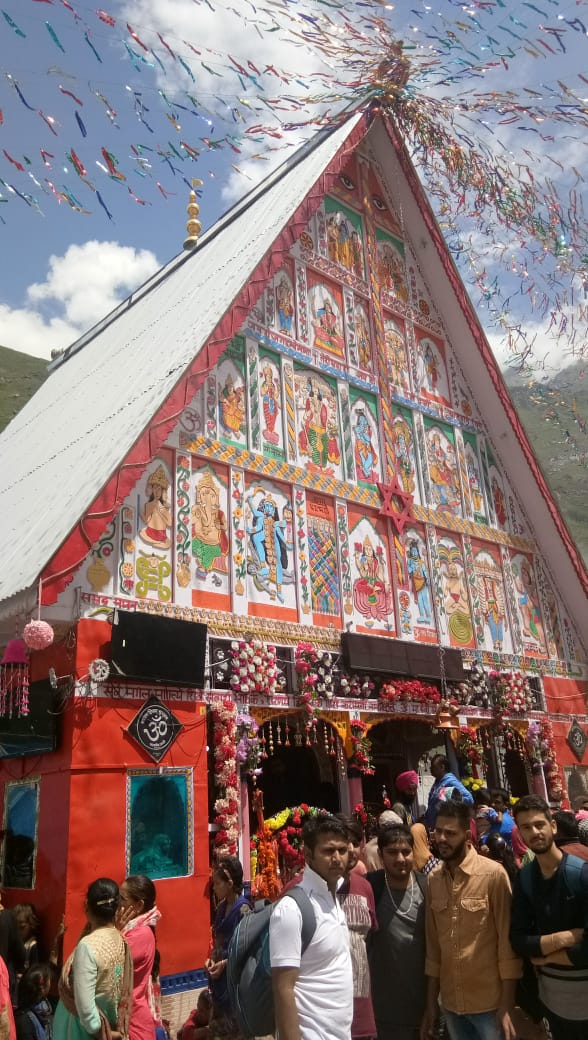 There are many reasons why people do pilgrimages but the basic two which makes one do that is for healing and blessings. Healing from different kinds of sufferings, pains and troubles and blessings sought for good health and fortune. There are many famous shrines across the world with such healing powers. Pilgrimages with such healing powers gravitate millions of devotees towards them and the famous pilgrimage of Machail Mata (Machail Yatra) is one such which has soothed many hundreds and thousands of  throbbing hearts.

Machail Yatra is the 3rd largest Yatra in Jammu and Kashmir Union Territory.

But along with that there are many things which make Machail Yatra so special, let’s know what they are.

After Vaishno Devi Yatra and Amar Nath Yatra, Machail Yatra is the third largest pilgrimage of the J & K state. About 200,000 devotees pay obeisance at the sacred feet of Machail Chandi Mata every year. But what makes this yatra so special is not this fastest growing number of devotees but the big lush green pastures, snow clad lofty mountains, booming brooks, the mesmerizing view of the mighty river Chenab and supernatural hot springs of Tatta Pani which pilgrims find on their way. But, its aura doesn’t end here, Machail has also got three other special things which add feather to this yatra and excites yatris in the way. Here are these:

Shakti and Shiva are no two separate identities, they are one as legends say and when these two exist in one place simultaneously they become a symbol of unity, Ardhnareshwara (a single form of Shiva and Shakti)  one can say. Lord Shiva is present in Machail (in the form of Shiva Linga) exactly to the one side of the Machail Mata Mandir. Shiva Linga which is situated on the mountain top changes its colors with the change in weather. Sometimes it looks red, sometimes yellow, sometimes white and sometimes there is no Shiva, it disappears all of a sudden and this spectacle is what which makes people cry in exuberance.

Saffron made Kishtwar famous and Sapphire made Paddar,  people say, and it is true but how? Let’s read…

There is one small village called Sumcham there in Machail Tehsil and the narrow and dangerous road to Sapphire mines go through this village. Sapphire was discovered there sometimes in between the two years, 1881-82 during the rule of Maharaja Ranbir Singh. This blue gem sapphire stone is said to be the costliest one. It’s so costliest that it had fetched 4 lakhs of rupees once for the coffers of the then Maharaja Ranjit Singh in 1884-85 at that time. Imagine the curiosity and craving of this gemstone in the minds and hearts of people who visit Machail. From optical to ornamental it’s used in many industries now a days. These mines are protected by the force in current times but its charm in the hearts of people who visit Machail Paddar once is unassailable and this is what which makes people magnetized.

Midas touch of Buddhist culture makes Paddar Rich in heritage. There is one old Gompa in a 2 km distance from Machail in village Haloti. Its uniqueness and antiquity is what which makes people go there to turn the holy wheels of Dhamma to rinse themselves of all sins and to seek the blessings of Lord Buddha. Tibetan Style architecture of the Gompa stuns people there.There are about 10 percent Buddhist people residing in Paddar and the great Buddhist Monk and Nobel Prize winner His Highness the 14th Dalai Lama has also visited Paddar in 2010 to bless people.

Click to know about the visit of Buddhist Gurus in Paddar.

Despite that, ear-rings of Chandi Mata ( Goddess Durga, Machail mata ,Kali or Chandi) are also a miraculous spectacle in the temple. They vibrate without the visible application of any force and devotees witnessing that get high without having any sort of intoxicating substance. All these things make Machail a hotspot in Paddar. But this is just a story of Machail and not of the whole Paddar from the heart of which devotees throng towards Machail. It will become our subject later, before that let’s know how and why this Yatra became famous.

The Legend Of Machail Mata:

This journey of faith started with the unfolding of a series of events in Mindhal Bhattas and Machail.

These are as follows:

Start of the famous Machail Yatra:

Machail Yatra in District Kishtwar started in 1987 with the efforts of Thakur Kulbir Singh and his family. It started from his native place called Chinot in Bhaderwah. First, hundred then thousand now it is on its way to becoming a yatra of million devotees. Chinoot in Bhaderwah and Machail in Paddar earned great name and fame after that. Now a days Chadi Yatra go to the sacred place of Machail from many places like

People from all across the country now visit this place with great reverence.  Chadi is also taken from Pacca Danga, Digyana and Nagrotra Jammu. People from Punjab and other states are also showing keen interest in this yatra. People often face difficulties while doing yatra but that is what which makes a devotee humble and pious. Still an effort must be made for the ease of devotees so that they get cautious of many things. Here is a guide for all yatris which may help in making their journey easier:

There are three means of reaching Machail. You can reach:

For road travelers this Yatra can become a two or three tier journey. Firstly, they have to reach Gulabgarh and then they have two options either go on foot or go by air. I recommend journey on foot after that because this will fill you with the wonder and surprise you with the beauty of jagged landscapes, tall trees and resounding waterfalls. Chopper can pick you up and bring you back in just 15 minutes, what is the fun? This way you will miss a lot of scenic beauty.

Getting a bus is an easier task. People from Jammu can easily get it from bus-stand Jammu. Paddar is about 298 kms away from Jammu. Road is quite good but adventurous enough to thrill you. After Gulabgarh you have to cover 32 kms if you go on foot through steep hills going up and down along rough and bumpy road. You will never miss that, it is my belief.

Getting a private vehicle is also a simple task, you can get it from the bus-stand Jammu, and rest is same.

But if you are planning to go by air, you can take it from two places from Kishtwar and Gulabgarh, Paddar as per your convenience. We shall upload current fares on time to keep you updated.

Helicopter fare will be Rs.2565 for one side and Rs. 5130 for both sides this year in 2022. Base will be Gulabgarh Paddar from where chopper‘s will fly.

Distance of Machail from different locations:

There is construction of multi storied “Machail Mata Yatri Bhawan” going on in the Gulabgarh. It comprises around 42 guest rooms, cloak room, dormitories with bathrooms and toilet facilities, shopping complex and has latest architecture conference hall. The complex also houses the langar facility here throughout the month of August which caters to all the devotees. This building has the capacity to accommodate around 1000 tourists per day. You can also get langar facility in the way till you reach Machail which is situated 2960 meters above the sea level. At Machail tents are available but their sky-rocketing fares pose a problem. One can get bandy words with them sometimes for the reduction in the fares being charged.

Maa Durga Shrine or Machail Mata Shrine is famous across the length and breadth of the country. Machail is situated in the lap of lesser Himalayas and this location makes it fit not only for devotes but for trekkers, researchers and curiosity driven people as well. Presence of Sapphire and Lord Shiva side by side on the mountains increases the magnificence of the land. It is a must visit place for all the devotees, knowledge seekers and adventure lovers. Mighty river Chenab and its garland resembling tributaries are whetting to offer you grand welcome.

If you loved this article and if it is useful to you please share it to as many friends as possible. Thank you!