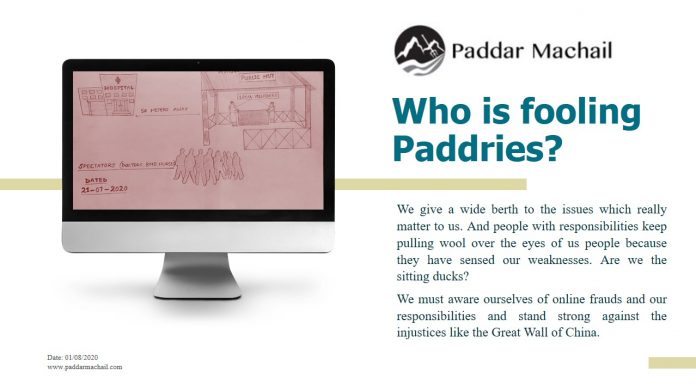 We are humans and respect is our basic need and we love to do jobs in the society which earn us respect. Look around you and you will find spectrum of people boasting about respect and honour. Politicians speak of respect because good image is crucial for them to cut ice among masses, teachers care about it because they want to leave a sound impact of their character on the students.

Our society as a whole also works on the same mechanism. A good and respectable society is always desired by us humans for our progress. Look at Paddar for example, here we can share a cup of tea with our fathers and grandfathers but can’t think about sharing a glass of wine with them, why?

We consider this act morally wrong because we believe it can make us loose respect in each other’s eyes and which can result in the ruination of our relationship.

Schools, Hospitals, Police Stations, Media these are all our creations. We provide money for these to function and these in turn are expected to render services for us. But what if they fail in their duty to guard even our basic rights enshrined in our constitution.

Who has to speak? Before I answer this question I will narrate three latest stories from Paddar which will shake your conscience and shock you to the core. Here are these:

On 21st of July 2020, one poor woman along with her husband from Garh Paddar approaches makeshift Sub-District Hospital, Atholi Paddar. Trembling in pain she speaks to the working staff in the hospital about her condition. She was about to deliver a baby.

Doctors check her state by glancing through a report (in which her date of delivery was 7 days ahead of that day) she had and plans to refer her to Kishtwar. But there was no ambulance with a driver present there which could carry her to District Hospital Kishtwar.

To her shock they ask her to wait outside in the public hut stating that her date of delivery is not near. Public hut was about 50 metres away from the makeshift hospital. She walks along with her husband and before they could reach there woman trembles in pain one more time.

Somehow they reach that public hut. Another wave of pain leaves woman out of control and she delivers two baby girls in the public hut. In the meantime two-three women from the local village see her condition and extend a helping hand by bringing a bed-sheet and some clothes. Thereafter they take them to the makeshift hospital for check-up.

Poor Husband of the woman resolves to stage a protest against the hospital staff members (along with BMO) and demand their immediate suspension and transfer.

No media cover of this report, no public outcry, no debates on the subject in the social media groups and this story buries in the sands of time. One girl (who wants to stay anonymous) picks her pencil with courage and draws a picture on the happening one week later. Here it is: 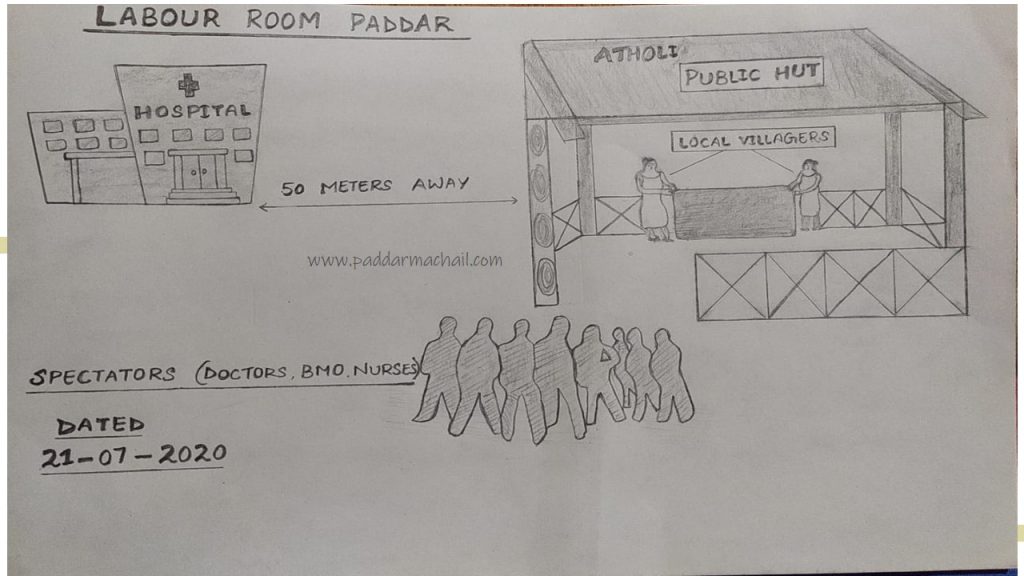 Paddar is a subdivision where more than 30,000 people live together. Last month three weird incidents happened. One after the other three people from Paddar were looted by these online hackers. More than 1 lakh rupees in total have been taken away.

Two types of online theft occurred. Among the people who were looted, two of them stated that they saw an online advertisement selling a bike and scooty respectively on the Facebook.

They dialled the numbers and wished to make a purchase during lockdown. Hackers fooled them by twisting their arm. They cajoled these people from Paddar to the extent that they put money themselves in the bank account of hackers.

One of the victim was fooled by the hackers by hacking Facebook account of one of his friend. They asked the victim on the pretext of some accident to send some money. Victim in emotional state transfers money online to the account no. which hackers share through his friend Facebook Id.

Click to know about the tourist places of Jammu region

All the three approached police-station at their respective places but nothing concrete achieved. No media coverage of the incidents happened. No hearty cooperation from the Police-station on the subject came and these cases also buried in the sands of time.

One girl from Paddar has beautifully drawn this picture. Three persons whose eyes are blind folded are shown approaching bank and putting money in the account of hackers. While one is fretting over the loss of money. 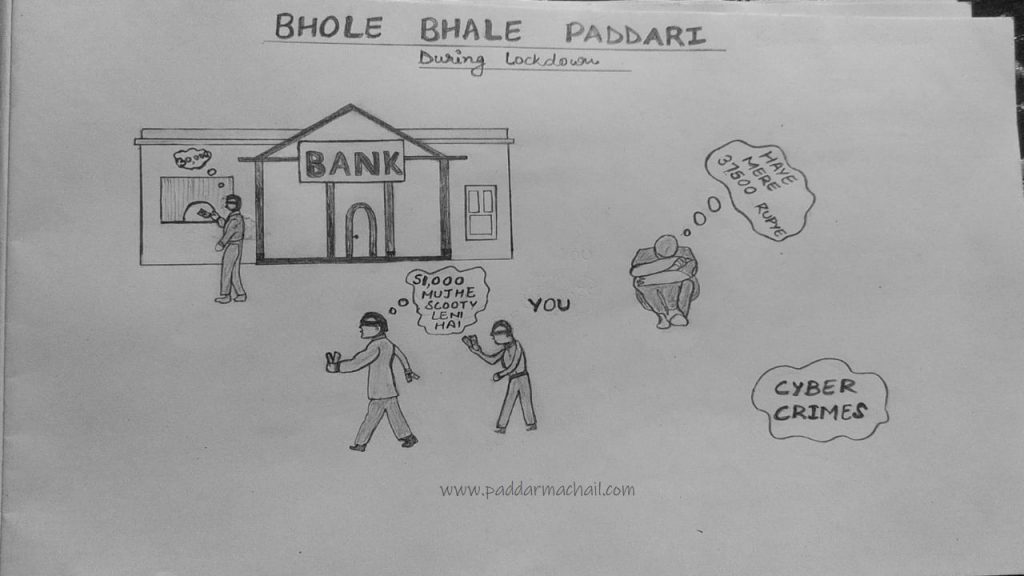 Few days ago I was at Kabban village in Paddar. There is a primary school there since 1966 AD if I am not mistaken. This school is in a dilapidated condition. Many villagers use it to store their timber and many use its rooms for toilet.

Doors of the school are damaged and entry of animals is not restricted. It would also be right if you call this school a cow-shed.

Two-three teachers are posted there and as many as 14-15 students are said to be enrolled in the school. I wonder how this school works and how these teachers deliver their duties here.

No media has covered this school so far. Here is a photo of this school. You can watch it by yourself and gauge what is happening in our Paddar.

Finally I would like to answer the question that I asked in the beginning. All these stories that are included in the write-up are the best examples of a society which has lost its track of development and it is us who are completely responsible for that.

We are losing respect as a society because we are not raising our voice in the face of injustice. We are fooling ourselves, don’t we?

We give a wide berth to the issues which really matter to us. And people with responsibilities keep pulling wool over the eyes of us people because they have sensed our weaknesses. Are we the sitting ducks?

We must aware ourselves of online frauds and our responsibilities and stand strong against the injustices like the Great Wall of China.

I urge you to speak up on these issues and if you really liked this write-up please share it among your friends so that you may save him from becoming the YOU of picture 2nd which this brave girl has drawn.