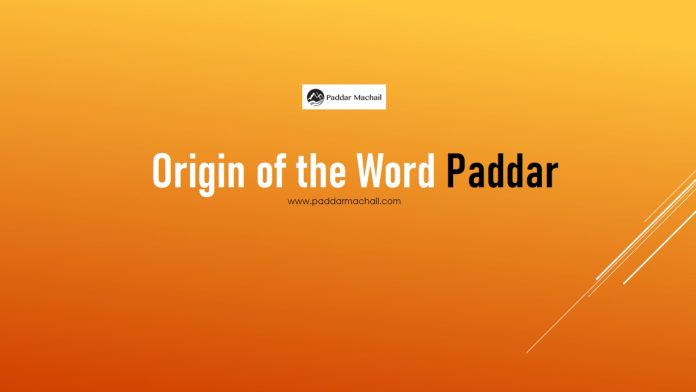 Lush green pastures of Paddar attracted cattle grazers from the neighbouring areas viz. Zanskar, Bhaderwah and Pangi. Similarity in language and culture give testimony to this fact. Many propositions have been put forward by scholars for the word Paddar.

According to S.D Vyas, word Paddar is comprised of two words PAA & DAR, the first one means a ‘foot or pul’ in the native dialect and the later stands for ‘the fear’ 2. Thus the meaning of word according to him loosely translates to a place which is full of adventures.

Also, there is a place called Padum in Zanskar to the north of Paddar. This word Padum is also quite similar to the word Paddar. It is a point of coincidence or something else that names of some of the surrounding regions are quite similar to the name Paddar. This point has led many scholars to conclude that migration to this place Paddar would have had happened in the past mainly from these three regions and not from the western region i.e. Kishtwar.